The locomotive is a Class G5 Consolidation-type engine with a 2-8-0 wheel arrangement. The C&O used the 701 to pull trains along the Hot Springs Branch, transporting passengers to and from The Homestead Resort.

Locals nicknamed her the Merry Widow “because she seemed to be happily steaming along, alone, up the Hot Springs Branch.” She was also as “Tojo” for being used to transport Japanese prisoners-of-war to Hot Springs.

The engine was retired in early 1954 as the C&O replaced its steam engines with diesel-electrics. The locomotive was subsequently donated by the railroad to the city of Covington and in November 1954 to its current resting place at Main Street Park. 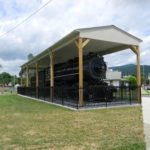 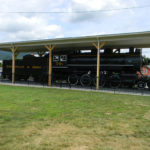 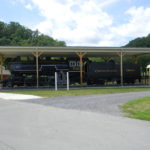