Mr. Madigan is a Native of New York City, New York but will always claim Virginia as his home (Crozet/North Garden).  He received his Bachelors of Science in Civil Engineering from the Virginia Military Institute (VMI ‘91).  Mr. Madigan performed post-graduate work at Old Dominion University as a Masters in Engineering (M.E.) candidate in Civil & Environmental Engineering with an Emphasis on Environmental Remediation and Treatment processes.  Mr. Madigan has two children, Shannen and Patrick Joseph Jr. Mr. Madigan holds several Meritorious Civilian Service Medals from his time in the civilian-military service, Several Navy Special Act Awards, as well as Army Service & Commendation Medals, and various unit citations and ribbons from the Army. He is an avid Hunter, Fisherman and looks forward to being in the highlands and serving the City of Covington, Va. 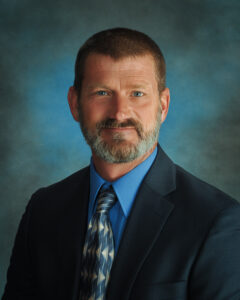 Mr. Howard assumed the position of Deputy Director of Public Works. Bob has been with the City for twenty-one years serving four years with the Parks and Recreation Department and the past seventeen in Public Works. Bob will be responsible for managing the day-to-day operations in our Public Works Department.

The Street department is responsible for the maintenance of all city streets including all paving operations, alleys, sidewalks and drainage.

The Water/Sewer department is responsible for the maintenance of all water and sewer distribution lines within the city and all new connections to city lines. (540) 965-6321

The Peter's Mountain Landfill is owned and operated by the City of Covington.  The landfill accepts nearly 11,000 tons of refuse yearly from city residents and businesses.  The recently opened Subtitle D double-lined facility at the landfill is expected to last seven to ten years with further expansion already approved.    (540) 962-6317

The Refuse department provides collection service for all city residents and commercial establishments.  Residential collection is once per week with commercial scheduled based upon need.  (540) 965-6321

The Traffic Engineering department is responsible for all traffic signals, signs and street painting within the city.  Also responsible for troubleshooting and repairing problems in city-owned facilities.  General Maintenance Mechanic is Mr. Michael Mines.  (540) 965-6321

The Administration Office for Covington Public Works operates daily from Monday through Friday.  The staff is responsible for handling all phone calls, requests for information regarding the Public Works department, and office work associated with these departments.  After-hour calls are dispatched by the Covington Police Department.  Administrative staff consists of Administrative Assistants:

Mrs. Denise Feury (540) 965-6321. Denise is a graduate of Greenbrier East High School  and a graduate of Dabney S. Lancaster Community College with an Associate's Degree in Computer Science. She has continued her education with various computer and accounting training and has years of experience in office related fields.

Please go to the following link to report a Street Light Outage: